Welcome to The Nicologue. Be a part of my journey. 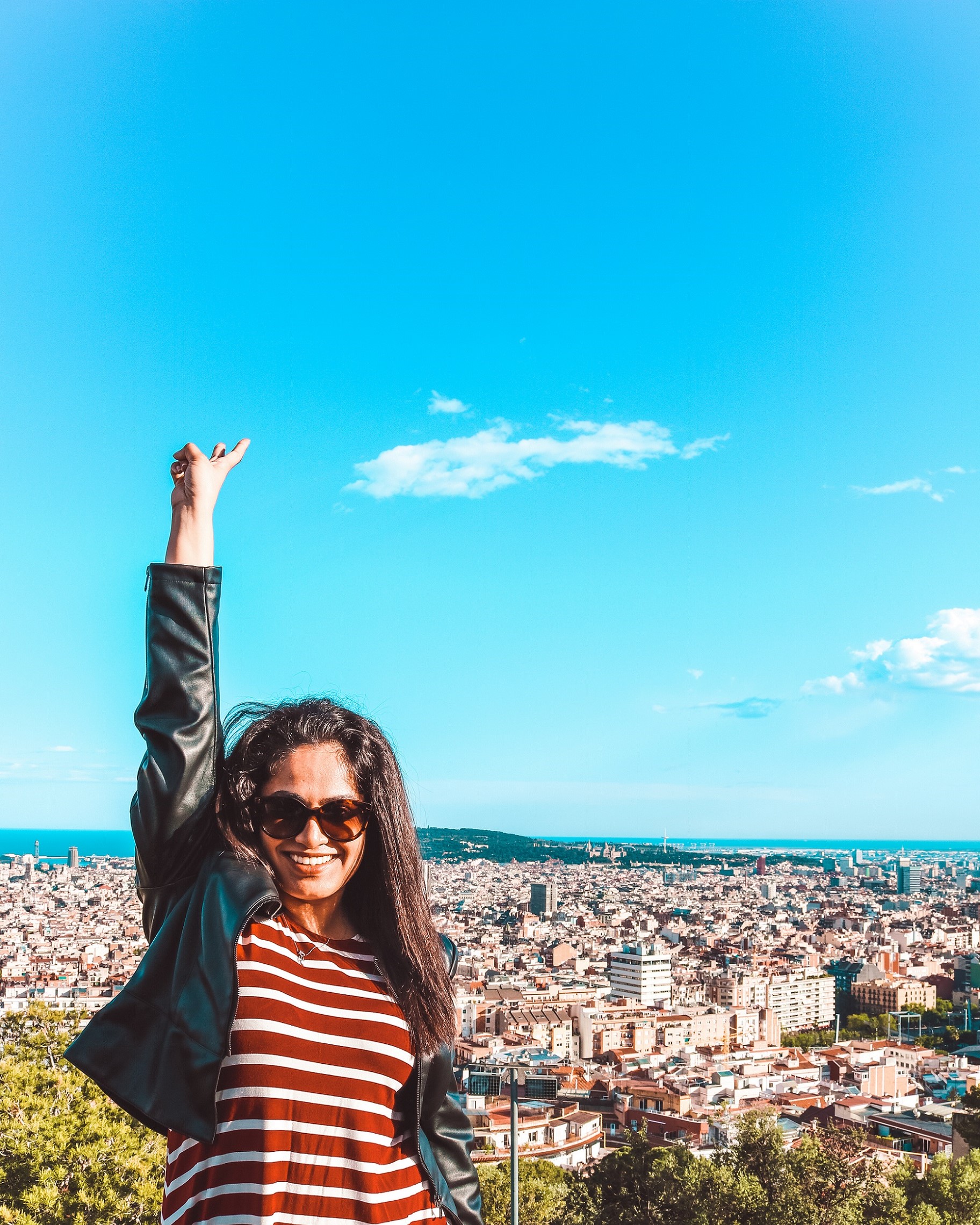 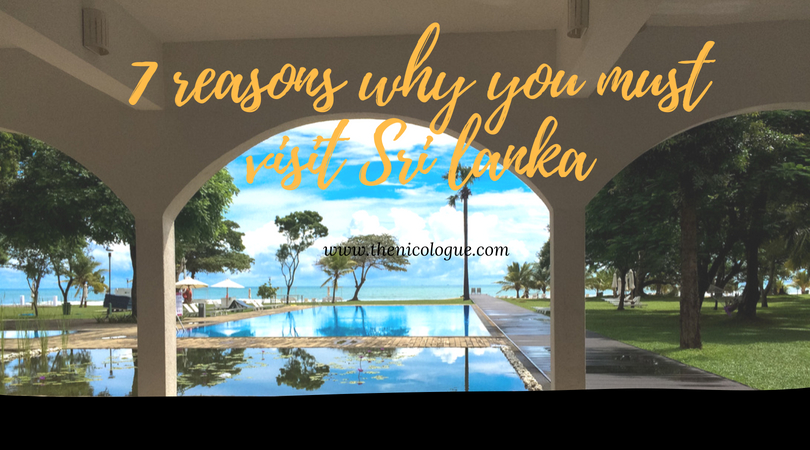 Sri Lanka – you might have heard of it mainly because of the island country’s civil war which lasted 26 years. Tourism re-opened only in recent years and tourists began looking at Sri Lanka as a destination to explore post-2009. Since then the number of tourists to the country is on a steady rise. I have made a number of visits to Sri Lanka till date and have travelled across the western coast, the north-eastern coast, north-central province,  Kandy region (commonly called part of the Hill country) and the Yala National Park in the Southeastern part of the island.

Sri Lanka is an underrated destination and here are 7 striking reasons why you MUST VISIT Sri Lanka.

The ancient forts and ruins

The North Central regions of Sri Lanka are populated by quite a number of ancient forts and ruins; some of them being Retigala, Anuradhapura, Pollonaruwa, Sigiriya – the Lion rock fortress among others. I’ve climbed the Sigiriya twice till date. I must tell you – when I climbed it in the hot month of October, the climb felt like a stretch. The same climb felt like easier in June when the weather was pleasant anf the wind so strong that I had to hold on to every railing possible while climbing.

The food here is largely not exposed. Like Indians, they have a lot of curries but the taste differs and the cuisine satisfies the spicy palette. There is an array of vegetarian and non-vegetarian options, each with distinct flavours. My personal favourite was the Jaffna Chilli Crab from The Crab restaurant at Trinco Blu by Cinnamon, a resort hotel on the northeastern coast. There’s also Ministry of Crab in Colombo which is a hot favourite among Crab lovers.

Sri Lanka has a significant number of locations that are relevant to Hindu mythology. Two of the main locations are Ram Sethu, Adam’s peak and Konneshwaram. The sea view from Konneshwaram is breathtaking! And if at all you’re looking at Konneshwaram from the sea, you’ll also get to see pretty jellyfish on the surface of the sea.

Sri Lanka is an island country and boasts of a coastline of 1340km (833 miles). The turquoise clear waters make it an ideal holiday destination for a beach lover. Some of the best beaches in Sri Lanka are Nilaveli, Arugam Bay, Bentota and Mirissa. If you find another beautiful beach in Sri Lanka, do let me know!

Galle takes you back in time to the period when the Dutch were in Sri Lanka. The fort is a complete town from Europe. I’m sure it won’t be hard to believe once you’ve made your way there. Pick a tea parlour, sip a beverage, kick back, relax and stare aimlessly at the sea.

If you’re an elephant lover, you’re in for a treat! In Sri Lanka’s north central province, there are two national parks where elephants frequent – Minneriya National Park & Kaudulla National Park. The best season to spot multiple herds of elephants is September, when about 200 elephants gather for the largest elephant gathering in all of Asia! Like this wasn’t enough, Sri Lanka also has an orphanage for elephants.

If you’ve been dreaming of taking a vacation to places where you can spot whales, Sri Lanka is a fabulous place to start. The best months to spot whales on Sri Lanka’s northeast coast (Nilaveli/ Trincomalee) are March – April and on the south coast (Mirissa) are post-September. If you’re lucky, you will be able to spot Blue Whales and Sperm Whales among other gentle giants of the ocean.

What do you like most about Sri Lanka? Leave your comments below. 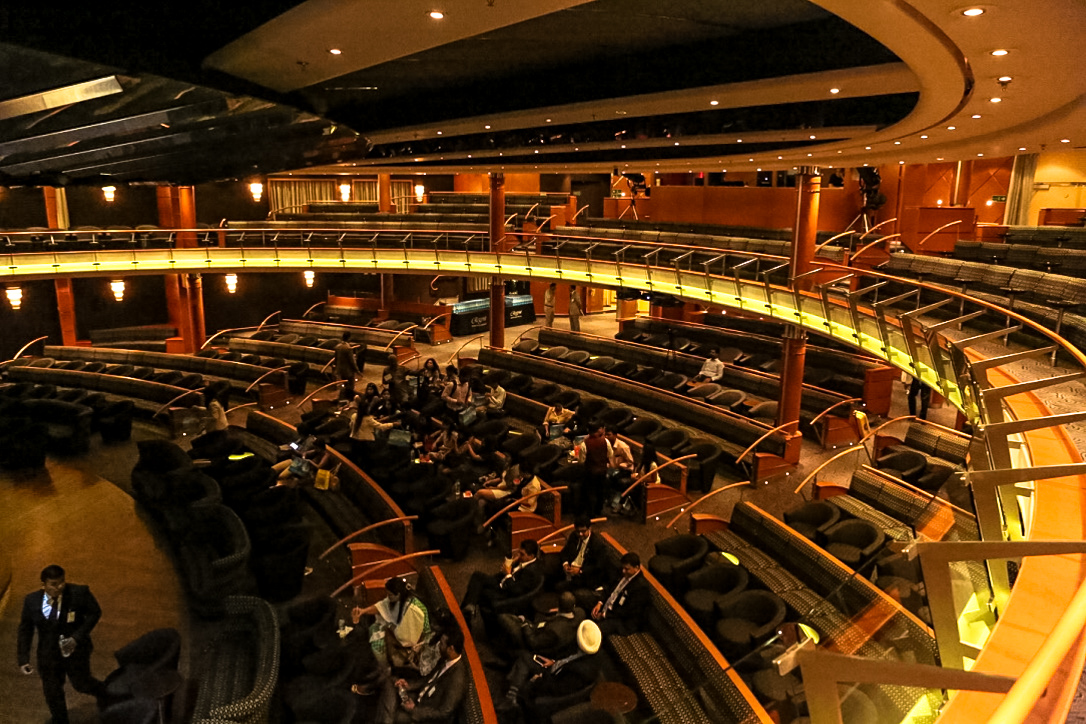 Don’t miss these things on the Regent Seven Seas Voyager

Food you MUST TRY in Sri Lanka 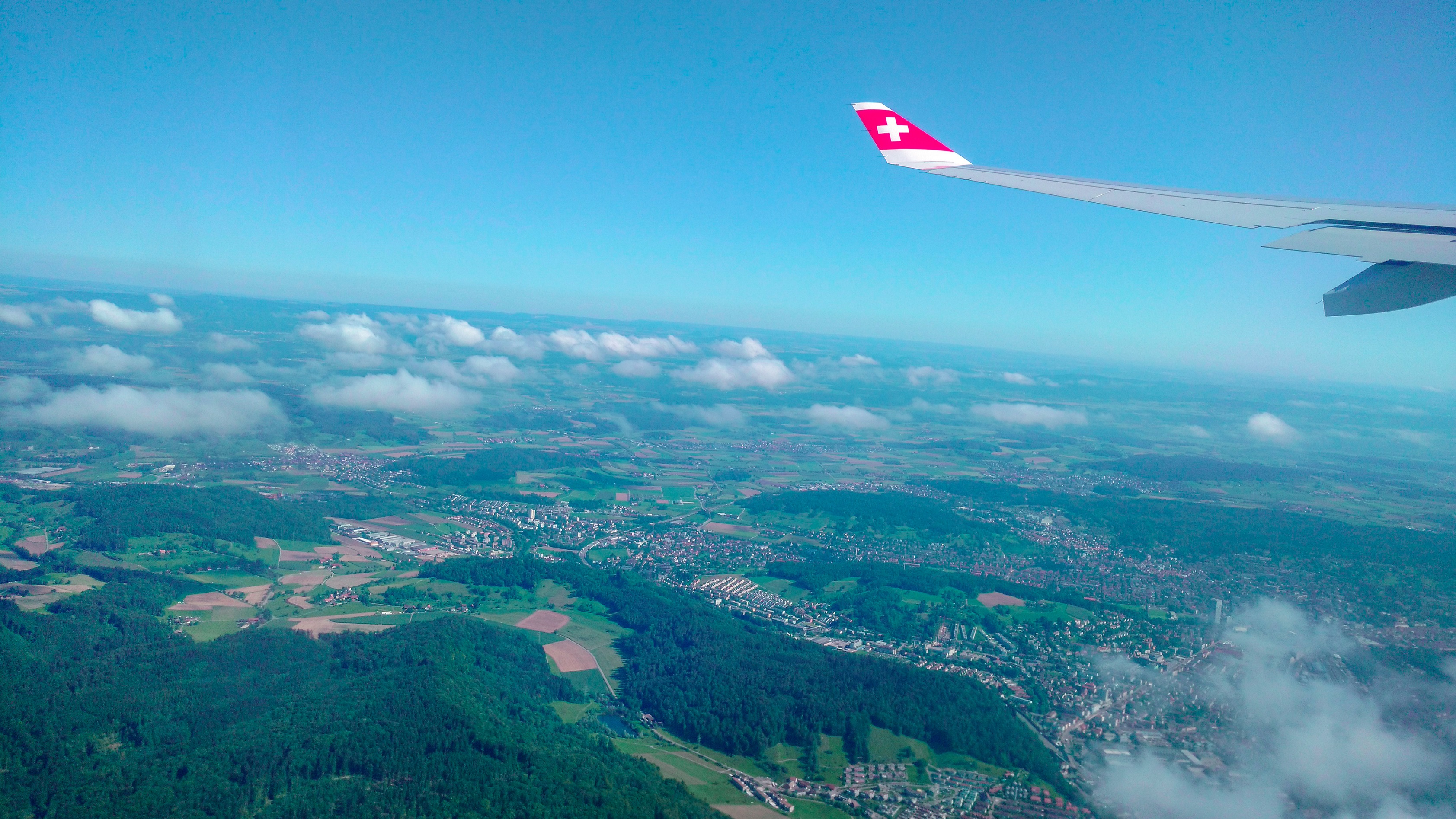 MEET THE FACE OF THE NICOLOGUE

I’m a lover of vacations and exploring newer regions and destinations. I am more than smitten by travel & the spell it casts on everyone who indulges in it. I started The Nicologue to fuel this burning love and, ever since I have morphed into a part-time content producer and blogger.

FIND SOMETHING ON THE NICOLOGUE

Feeling like a princess in Dubai! Take me back alr

I took 3 different Abra rides in Dubai. This one's

The high rises, the opulence, the fast life. Dubai

While Dubai is a futuristic city, there's a part o

Pitstops are what make roadtrips so much more fun.

While I've been to many places, this was the first

Had a mini-break in posting on the grid here becau

Some historic buildings are witness to centuries o

I've been thinking a lot lately and wonder why I'v


Error: API requests are being delayed for this account. New posts will not be retrieved.

The Nicologue is with Nicole Figueiredo at Gateway of India.

Spending so much time at home has got me cooking and trying new recipes. Not sure how I’m ever going to go back to the ‘routine’ I had.
✨✨
Besides, binge watching Netflix is a 'love' on its own 😉 I’m done with Self Made, Guilty, Sitara, and Ozark’s Season 3.
🎥✨⠀⠀⠀⠀⠀⠀⠀⠀⠀
Here are the other titles that are on my list:
Vikings
Mexico Narcos
Money Heist [New season]
The Messiah
🎥✨⠀⠀⠀⠀⠀⠀⠀⠀⠀
What’s on your list? I'd like to add more to mine
✨✨

While I continue posting from my travels around the globe, I am not promoting travel during the COVID-19 lockdowns.⠀⠀⠀
Stay home while I bring the world to you! ✨✨
⠀⠀⠀⠀⠀⠀⠀⠀⠀
Throwback to when I spent the entire day with my sister doing a #photowalk in Mumbai city. This was in February when I last visited the city. ✨✨
📸 Lisa Figueiredo

The Nicologue is at Burj Khalifa, Dubai.

I know it sucks to stay put and have almost nothing to do [unless of course you’ve been working from home. That explains how/why you might feel like you don’t have any time 😉]
✨✨⠀⠀⠀⠀⠀⠀⠀⠀⠀
There’s only so much you can cook or rely on your imagination to escape what’s happening which is why here’s a way you can be an #escapeartist while #stayinghome. Just use your screen and get transported into places around the world!
🍿🎥⠀⠀⠀⠀⠀⠀⠀⠀⠀
ENGLISH MOVIES
Up in the air
Into the wild
Midnight in Paris
Hugo
The Da Vinci Code
Marie Antoinette
Vicky Cristina Barcelona
Life is Beautiful
Eat Pray Love
Letters to Juliet
Gladiator
Troy
Mamma Mia
The Secret Life of Walter Mitty
The Holiday
Bend it like Beckham
Elizabeth
The Imitation Game
P.S. I love you
Sex & The City 1 & 2
Miss you already
Where'd You Go, Bernadette
🍿🎥⠀⠀⠀⠀⠀⠀⠀⠀⠀
SERIES
The Roman Empire
The Last Kingdom
Knightfall
Vikings
The Crown
Sherlock Holmes
The King’s Speech
🍿🎥⠀⠀⠀⠀⠀⠀⠀⠀⠀
HINDI MOVIES/SERIES
Zindagi na milegi doobara
Tamaasha
Yeh Jawaani Hai Deewani
Dil Dhadakne Do
Swaades
Queen
Finding Fanny
Highway
Jab We Met
🍿🎥⠀⠀⠀⠀⠀⠀⠀⠀⠀
DID I MISS ANY? WHICH ONE’S ARE YOU PICKING?
⠀⠀⠀⠀⠀⠀⠀⠀⠀
✨✨⠀
While I continue posting from my travels around the globe, I am not promoting travel during the COVID-19 lockdowns.
Stay home while I bring the world to you!
✨✨⠀⠀⠀⠀
📸⠀⠀⠀⠀⠀⠀⠀⠀⠀
Throwback to this peppered skyscrappered view from the top floor of Burj Khalifa. I can now say, I've seen the view from top of the world 😉 ✨✨ ...

The Nicologue is in Somewhere on the Earth.

WHAT DO YOU MISS MOST ABOUT TRAVELING?
✨✨
I miss the thrill of planning a trip and finally embarking on a new journey
I miss the smell of a new destination
I miss how every turn you take in a new town is a brand new one
I miss exploring new places with my travel partner
I miss experiencing the unknown and embracing different cultures
Most of all I miss the sense of satisfaction that the freedom associated with travel
✨✨
WHAT DO YOU MISS MOST ABOUT TRAVELING?
✨✨
⠀⠀⠀⠀⠀⠀⠀⠀⠀
Throwback to times when borders were not sealed.
Dubai Marina is a beautiful place to walk around 🙂
⠀⠀⠀⠀⠀⠀⠀⠀⠀
While I continue posting from my travels around the globe, I am not promoting travel during the COVID-19 lockdowns. ✨✨ ... 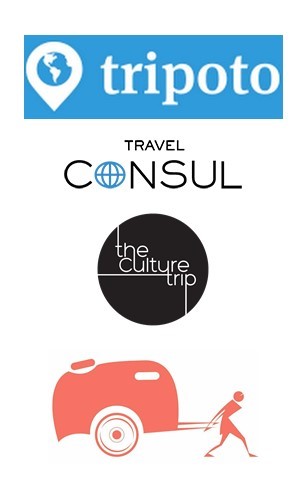